The Surf Breaks of Point Loma and Ocean Beach

I have surfed in San Diego for 15 years. I am not sure many of the locals of Point Loma and Ocean Beach would appreciate a guide to all of their favorite surf breaks. I recently moved from Ocean Beach back to Maui, where I am from. I have 3000 miles between the local surfers of San Diego and myself. Thus, it’s time to spill the beans on all the best surf spots in San Diego. For this blog post, we will just cover Ocean Beach and Point Loma.

Fairly south from Point Loma Nazarene University, there is a break called Little Waimea, which is one of the biggest breaks in San Diego. From south to north from Little Waimea the breaks are as follows: Ralph’s Dolphin Tanks, Donuts, Chasms, 33’s, and New Break.

My Alma Mater, Point Loma Nazarene University is home to several of San Diego’s best waves. There is a public lot for visitors on campus. Just ask the nice student worker at the campus entrance, and they will tell you exactly where to go to the park. From the public parking lot, there is a bit of a walk down the hill, where you enter a private lot next to Young Hall, which is for the exclusive use of university students. To reach the water, you have to scale down the cliffs a bit after leaving the lower parking lot.

The two most consistently breaking spots at PLNU are called New Break and Sub Bowls (Subs). New Break is left of Subs from the perspective of the beach. New Break is usually breaking a bit further out and is typically a left. In surfing, a left is a wave where most surfers find it preferable to turn left. In contrast, Subs is a right, where most surfers prefer to turn right. Both waves can be ridden both left and right. There is another break to the right (north)  of Subs and New Break called Abs.

Garbage and the Metal Stairs 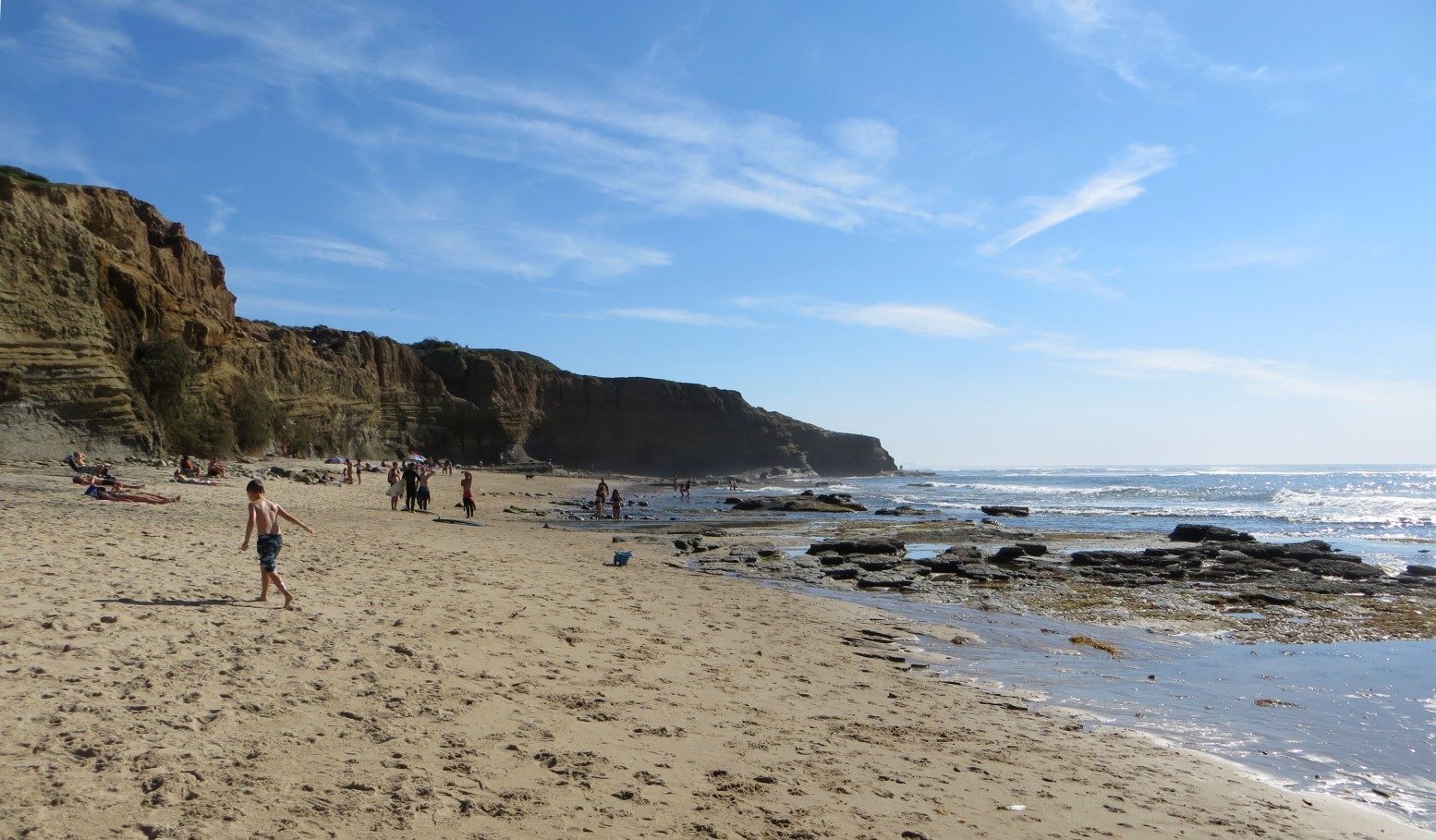 If you paddle down the coast to the right (north) a bit, you will arrive at Garbage. Garbage can be accessed from the University campus but closer access comes from the parking lot at Garbage Beach Park: Cornish Street and Ladera Drive. Street parking is also available. From the aforementioned cross street, you can access the water from a metal staircase, which is a bit further north. There is another break directly out/north from the staircase called North Garbage. Garbage gained is the name because long ago, people used to throw their trash down the cliff. 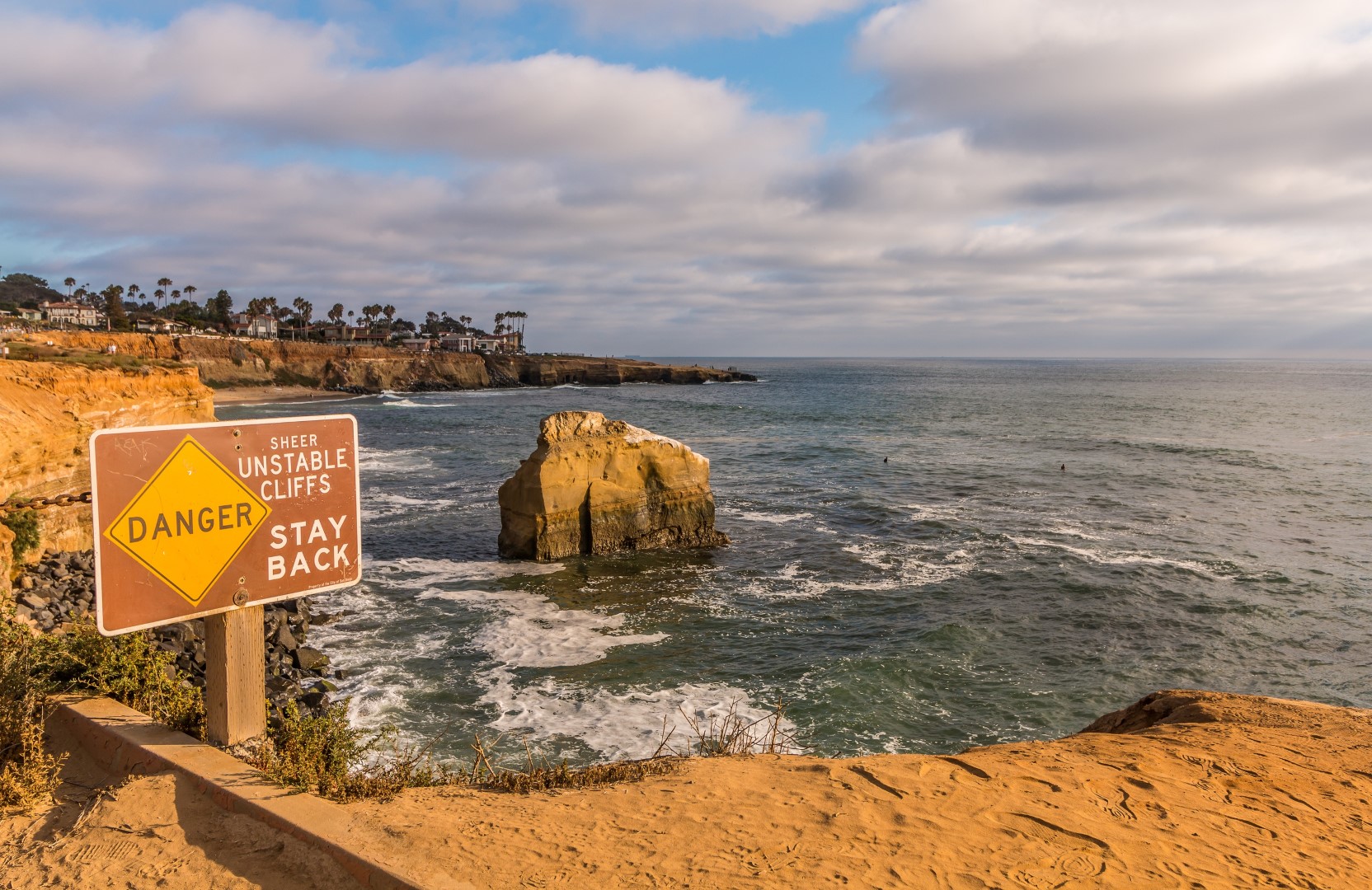 A little further north, there is a cave on the coast and it can occasionally break here when the waves are bigger. Next is Luscomb’s point which pretty much breaks left only, unless you like sitting on rocks. To access Luscomb’s break, I usually jump off the rocks on the point with my board but most people, tend to walk down the cliffs side. There is a little beach down there. Straight out from the beach is another break. Next north is Bird S*** Rock, which is a rock with lots of S*** on it. From this point to the pier there are plenty of lesser-known breaks, but I will keep those secrets for now.

The pier has some great short rides but it’s super packed in the summer. Be careful not to hit anyone. Parking is right on the street, but you will be walking awhile on sunny summer days. From here there are little breaks all the way up to dog beach. It’s pretty much one big beach from the pier to Dog Beach. Just watch out so you don’t step in dog poo on the way out. There a spot between the pier and Dog Beach that is occasionally reserved for swimming only. Don’t surf in the swim-only zone or you can get a ticket from the lifeguards. It has happened to me. 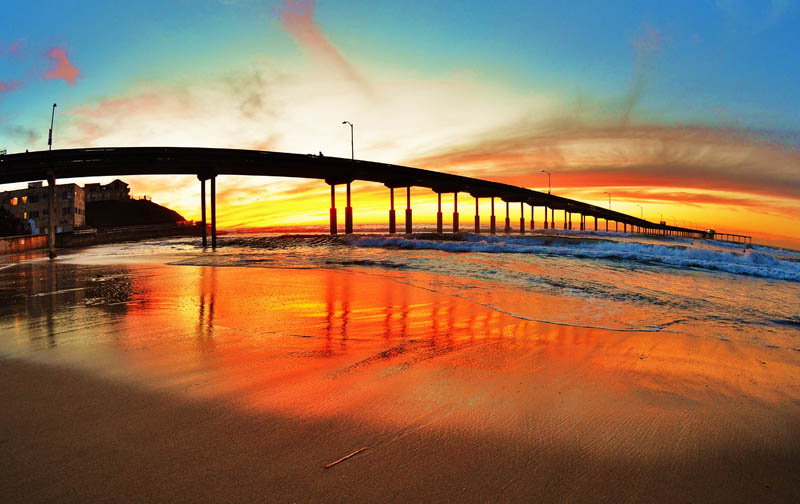 If you are hungry after your surf session, make sure to go grab some poke at It’s Raw Poke Shop and let them know you read their blog. They will be stoked. Did I miss any of your favorite spots in Ocean Beach and Point Loma? Let me know in the comments. Feel free to comment if you just want to say hello as well.

Feature: How to Eat Your Way Through San Diego in 24 Hours Top 6 Hikes in San Diego

Guide to Parking in Ocean Beach